12/3/21 - Trial of Power Complete & Christmas Event Warning:
The Trial of Power has concluded. Arkron, God of Trials is now ready to test your strength. Defeat him to prove yourself worthy of his rewards!

Congratulations to the Trial Insignia Contest winners, please submit a support ticket to claim your prizes.

The Trial Overseer and Merchant will remain in Rallis with all quests for 1 week.

The annual Outwar Christmas Event draws ever so closer. The event will run for 3 days, starting on the 17th of December at 7am. During this time players can obtain candy canes and present them to Saint Nick for rewards including experience, potions and other treasury items. During the event we will be doing regular discord giveaways, so be sure to join our discord server and keep an eye on the giveaways channel!
11/23/21 - Event Crafting Change:
Due to popular demand, we have reverted a change made to crafting event gear. Crafting Tier 2 and Tier 3 event gear once again requires the below Tier to create instead of additional quest items, allowing players to craft their items earlier and more freely.
11/19/21 - Trial of Power:
The Trial of Power has been initiated! Arkron, God of Trials has summoned combatants to the streets of Diamond City to participate in the trial. Prove your strength to obtain powerful items and prepare for the wars to come! Speak to the Trial Overseer to begin the trial! 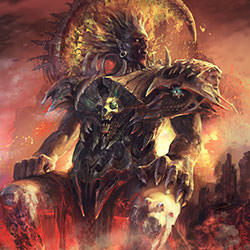 The major changes for this event include:
- Mob and Gear power have been increased for Cycle 2.
- Added the Trial Paragon mob.
- The Trial of Power quest to obtain a piece of playerbound gear has been removed. Quest item drops have been increased to allow more Tier 1 items to be crafted.
- The Preserved Aegis has been removed, equivalent quest item requirements have been added to gear quests instead.
- Crafting Tier 2 and Tier 3 gear no longer requires the previous Tier of gear, instead an equivalent amount of quest item requirements has been added.
- Grand and Divine Combatant augments have been replaced with Tame and Raging Elementalist augments.
- Added new Top 5 Contest augments.
- Tier 2 gear has been lowered to Brutal rarity.

The minions Arkron has summoned are fused with each of the elemental powers and will drop items associated with that element. Those with the power to do so can defeat Conjurers for 3x drop chances for all items and the strongest players can defeat Trial Paragons for 3x the drop chances of Conjurers for all items excluding Trial Insignias. During the trial, Arkrons most trusted guardians Shaik and Rook will occasionally appear. Arkron has also sent his powerful assistant Golluk, who will spawn every day.

Arkron has also recruited his very own Gladiator! Players can attack Teva, Gladiator of Power in the Gladiator Arena to attempt to be one of the top 20 damage dealers who will receive loot. Loot from Teva's chests includes Elementium Wand (top 3), Augment of the Raging Elementalist (top 5), Elementium Curio (top 10) and Recharge the Fury (top 20).

Players can only participate with 1 character per server in the Trial Insignia Contest. You can however choose any character on your winning RGA (winning server only) to receive the rewards.

The Trial of Power will end in 2 weeks, at which point Arkron himself will arrive to test your strength. For further information on these topics, see the Trial of Power Q&A on the Trial of Power page.
11/11/21 - Content Update:
We would like to share an update on our plans for Outwar over the coming months. Our recent focus has been on Astral Dimension content and Events including the start of Cycle 2. With the busy event period nearly complete, we begin focusing on other content such as level 90 enhancements, quality of life updates and more Astral Dimension content which will be outlined below.

Intensifiers & Questing
Following the Trial of Power we will be releasing 10 level 90 experience enhancements called Intensifiers. 9 of these upgrades will require lower level versions to be completed first, with the final one being a unique ability with no prerequisite. Following this update we plan to begin level 90 quest launches at the end of the year, starting with a large collection quest and a smaller quest every fortnight thereafter.

General Updates
We will soon begin work on another wave of general updates to the game, with the first of these updates planned for the start of the new year. One of our main current focuses is improvements requested in the suggestions channel of our discord server, so we encourage players to share their legitimate suggestions there as we work through them. We plan to add many updates and changes to the game fortnightly after the new year including:
- Item rarity reductions for some Brutal and King items.
- Playerbound Badge price reductions.
- Illusion price reductions.
- King of the Week buffs.
- Many general QoL updates, keep the suggestions coming!

New Dungeon
Work will soon begin on a new 3-man level 85 Dungeon, due to be released next year. This dungeon is still in the early draft process, however we would like to let players know what we currently have planned to allow time for feedback on what you would like to see.

- Dungeon will be split into 3 wings. Each wing scales up in power allowing players to determine their risk for reward, however some rewards will be wing specific.
- The rewards planned include multiple levels of Orbs including Epic Orbs, Rune Essences, Potions and 1-time completion Augments.
- Rare key reward to access a repeatable solo mob (outside of dungeon) to obtain new tradeable potions. - The dungeon will have an entrance in the Astral Ruins, meaning no keys other than the Astral Teleporter are required to enter.
- Our planning for this dungeon included a form of repeatable content to obtain keys over time alternatively to purchasing from the treasury. With the recent removal of points from a number of old god raids, along with feedback revolving around adding back more god spawns, we have decided the best way to do this is with 3 new daily god raids added to the Astral Rift, meaning we will be releasing a minimum of 4 new God raids next year.
VIEW ALL